I really like this formulation of a common apophenia-caused fallacy: a Texan guy who shoots several times at a barn wall and then paints a target centered on the tightest cluster of hits, calling himself a sharpshooter.

Texas sharpshooter is a metaphor for the process everyone uses to some extent in their daily lives. It maybe useful in some cases (to generalize), but when applied to complex systems with a lot of contradicting data, it usually leads to errors.

The examples are numerous: climate change deniers choose specific regions/time-intervals to illustrate their point (although that is becoming increasingly difficult), parapsychologists find clusters and patterns in large amount of random data, betting companies cultivate the myth that lotteries can be predicted.

It was all fun and games pondering with ridiculous unrealistic trolley problem until we started to think about the self-driving cars.

Now the trolley dilemma forcing us to kill either 1 or 3 people is not so unrealistic and far-fetched anymore. Imagine a car driving itself along the road and sensing three people crossing the road – it quickly calculates that accident is unavoidable: the car has to decide in split-second – either to drive forward and likely kill three pedestrians or swerve and likely kill the driver.

We can debate about the insufficiency of the information available, but ultimately the car has to decide. Will it go for utility? Does it have to consider number of people inside the car then?

I agree with every word of this article. It will take us 50 years to recover from a so-called 'hard' Brexit. https://t.co/tEHv87ERgv

I actually think Trump presidency is good for the US. And possibly for the world in the long run.

His pushing everything to extreme will definitely help to highlight and magnify some of the problems that were not so visible during Obama administration. He is waking America from apathy and slumber, he makes people more politically aware by making them hate him.

His pulling out of the Paris Climate deal has brought the climate debates once again in the spotlight and this time even China is on the right side (the card, played carefully will make China even greater power).

In the US, leaving Paris also shifts social initiative to the corporations.  Their defiance of the Trump’s Paris move, shows how big companies are ready to lead even in opposition to the country’s politicians. And this is a good thing. Big companies are already a formidable power in today’s world and in future, when they likely become more powerful than states, you want them to care not only about pure economic benefit.

On the other side, Trump using executive orders sparingly, highlights the incredible power behind the US President’s position. And also the dangers of the one party controlling the power. Trump’s inconsistent and egotistic foreign policy is just a grotesque version of the American foreign policy that has been conducted for decades. With the exception of his apparent close ties with Russia, Trump does not bring anything new: same support for Saudi dictators, same convoluted position on Syria and Israel. Just more clumsy, more apparent.

He is obviously an easier target to criticize and attracting more critics help to highlight important issues. More discussion, more deliberation by the public is always a good thing. Whether or not Trump will be able to complete his five-year term, I think in a decade his presidency will be remembered as a positive bump in the world’s history.

The April 1st social  experiment on Reddit turned out nice this year. Users were enabled to draw on the huge canvas, one pixel per 5 minutes for 72 hours. It resulted in a great example of co-creation.

r/place is a collaborative canvas on which a single user could only place a single tile every five minutes. This limitation de-emphasized the importance of the individual and necessitated the collaboration of many users in order to achieve complex creations. Each tile placed was relayed to observers in real-time.

The full 1000×1000 pixel picture have already been printed on canvases and puzzles by some redditors. Probably a couple of tattoos will follow.

Great detailed description of the project architecture is provided by Reddit on their blog. Absolutely fascinating reading, at peak times 80,000 users were at r/place simultaneously placing tiles. Some users chose to cooperate in creating the art and later, bots were created to draw automatically on the canvas.

With the collected data, some wonderful visualisation have been created. You can check the original article here and r/place atlas, I just want to repost some of the animations.

END_OF_DOCUMENT_TOKEN_TO_BE_REPLACED

Seeing Theory: a visual introduction to probability and statistic is a fantastic resource for people who want more a bit more about one of the most useful aspect of our everyday lives.

Probability is everywhere, it governs our everyday lives, is extremely important for even casual decision-making. Still, like Daniel Kahneman pointed out in his wonderful book, we are incredibly bad at estimating statistics and making rational decisions based on data.

To make the situation a little bit better, go play with interactive exhibits on the Seeing Theory website. You would be able to learn more about important statistical concepts: from probability to ANOVA and regression. 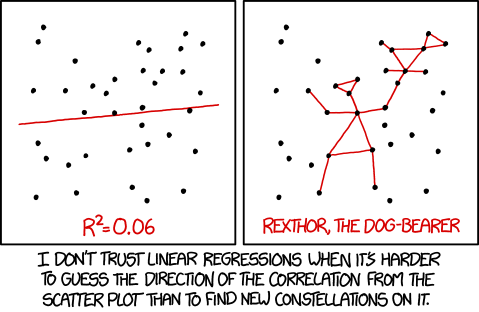 An interesting insight into how much Americans are interested in different countries in the world. The map is based on the Google Trends search data: 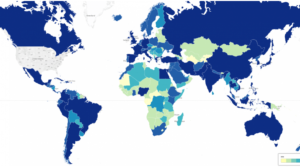 Yesterday I presented at the CeDEM 2016 conference in the Austrian town of Krems. 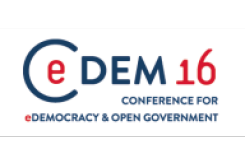 It is a great venue to get to know more people working in your field and just make friends.

On CeDEM16 I presented a paper of social media activism in Ukraine. It is kind of a followup to my earlier 2014 paper on similar topic. I’ve got nice feedback and as people are interested in the issue, I decided to share.

You can download my presentation. I included comments with every slide.

The full paper is available in the proceedings of the conference.